The Chancellor is offering “sweetheart” tax deals to the industry just to reassure them that fracking will be profitable. That’s the view of environmental group Greenpeace, which suggests the Chancellor […] 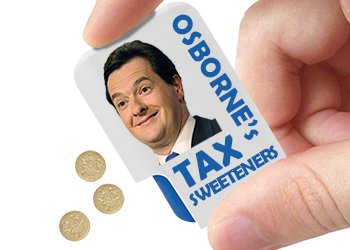 The Chancellor is offering “sweetheart” tax deals to the industry just to reassure them that fracking will be profitable.

That’s the view of environmental group Greenpeace, which suggests the Chancellor is telling “anyone who will listen” that shale gas exploration in the UK is set to be an economic miracle. The comment follows the 30% tax break announced by the Treasury for fracking companies in the UK.

Energy Campaigner Lawrence Carter added: “Experts from energy regulator Ofgem to Deutsche Bank and the company in receipt of this tax break, Cuadrilla, admit that it won’t reduce energy prices for consumers. Instead we’re likely to see the industrialisation of tracts of the British countryside, gas flaring in the Home Counties and a steady stream of trucks carrying contaminated water down rural lanes.

“With 64% of the UK under consideration for possible fracking, communities across the country could be set for a lot of pain for very little gain – including the Chancellor’s own Tatton constituency.”

The news comes after the US has seen a boom in recent years following its shale gas exploration, which has led to a reduction in gas prices, however, some experts believe it is “unlikely” to cut the cost of gas in the UK.

Water companies have also warned shale gas fracking could lead to contamination of the water supply with harmful chemicals if not carefully planned and carried out.

Water UK, which represents all major water suppliers in the country, said the fracking process – involves drilling deep underground and opening the rocks with a mixture of water, sand and chemicals for the gas to flow out freely – requires huge amounts of water, which will “inevitably put a strain” on supplies in areas around extraction sites. The power of the drilling and fracturing process could also risk damaging existing water popes, which could lead to leaks and shortages to homes and businesses.

Dr Jim Marshall, Policy and Business Adviser at Water UK said: “There are arguments for and against fracking and the water industry is not taking sides. If it goes ahead, we want to ensure corners are not cut and standards compromised, leaving us all counting the cost for years to come.

“We want greater clarity from the shale gas industry on what its needs related to water are really going to be and a true assessment of the impacts. This can be done through much closer working and understanding between water companies and the shale gas industry to tackle the many challenges we collectively face.”

The trade body for the energy industry, however, believes a mix of all forms of energy generation needs to be considered for the nation’s energy security.

Energy UK said: “Shale needs to be considered as part of the overall picture. However, any proposed schemes must take safety and environmental concerns fully into account.

“We have not seen the details of any proposed tax breaks for shale production but incentives for energy generation generally, which help keep the lights on and energy affordable, are welcome as is the proposed financial commitment to benefit local communities.”

As part of the regime, the Government will give communities that host shale gas sites £100,000 per well and up to 1% of all revenues from production. Experts have estimated the UK could have around 1,300 trillion cubic feet of shale gas reserves.