The World Bank has announced it will limit funding for new coal-fired power plants in developing countries expect in “rare circumstances”. In its “Energy Sector Directions Paper,” updated every 10 […] 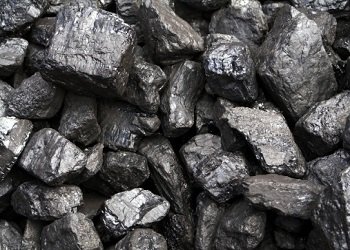 The World Bank has announced it will limit funding for new coal-fired power plants in developing countries expect in “rare circumstances”.

In its “Energy Sector Directions Paper,” updated every 10 years, the bank said it would focus on scaling up cleaner natural gas and increase support for hydropower projects for electricity generation.

It also aims to encourage developed countries and large emerging economies to lead efforts on carbon price and moving new technologies and innovations to markets and deploying them at scale.

The news follows organisations like the World Bank being criticised for urging global action to cut carbon emissions and warning international leaders against letting the world’s temperature rise more than 4°C whilst simultaneously funding coal-fired plants. It argues coal-fired power plants are sometimes necessary to bring energy to the world’s poorest nations and to help eradicate poverty.

The WWF welcomed the news and said other financial institutions should follow suit.

Samantha Smith, Leader of the WWF’s Global Climate & Energy Initiative said: “Coal is the dirtiest of fossil fuel power sources – polluting local environments and contributing heavily to global warming. The move by the World Bank to limit new coal financing is welcome and this should immediately become the norm for all international finance institutions.

“But to have a serious chance of tackling climate change, the world needs to move away from fossil fuels completely. While helping developing countries expand energy access and transition to low-carbon economic growth, the World Bank should phase out its support for all power supply based on fossil fuels, consistent with the Bank’s ambition of encouraging action on climate change.

The World Bank financed $52.6 billion worth of infrastructure projects last year. It supported the construction of concentrating solar plants in North Africa, the installation of millions of off-grid household solar power systems across Bangladesh and Mongolia and regional hydropower developments in Africa and South Asia.

Globally low income countries, with 12% of the population, consume 1% of total global energy and have an average electrification rate of 30%.

Nearly two-fifths of population – 2.8 billion people – still rely on solid fuel such as wood, charcoal and coal for cooking and heating, resulting in three and a half million deaths every year due to indoor air pollution. Nearly one-fifth of the global population – 1.2 billion people – live without access to electricity.