Drilling activity in the North Sea remains steady, with a positive forecast for the next two quarters, according to Deloitte. The business advisory firm’s new report found although the number […] 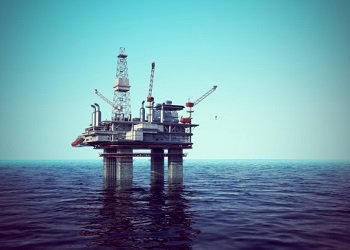 Drilling activity in the North Sea remains steady, with a positive forecast for the next two quarters, according to Deloitte.

A total of 16 wells were drilled in the UK in the second quarter this year – seven more compared to the first quarter but two fewer than the same time in 2012. Across North West Europe, 32 new wells were drilled.

Graham Sadler, Managing Director of Deloitte’s Petroleum Services Group said: “These figures indicate the UKCS remains a strong and productive sector, which bodes well for the final two quarters of the year. I fully expect to see further positive figures in quarters three and four as the region recovers from a prolonged and harsh winter, which was followed by an unusually late spring.”

The report also notes a significant rise in “farm-in” style agreements, where one company takes a stake in another firm’s field, usually to help with drilling or development costs, allowing smaller companies gain access into existing North Sea reserves. Farm-in deals accounted for around 70% of the total North West Europe deals during the second quarter.

Graeme Sheils, energy partner at Deloitte in Aberdeen said: “This quarter’s stable drilling figures should not detract from the fact that the UKCS is experiencing high activity levels. The market is currently buoyed by a number of factors including a stable oil price, increasing investment and government incentives. With a more positive domestic outlook also beginning to emerge across the rest of the UK, there is a lot of confidence in the outlook for the North Sea sector.”

He added: “Since George Osborne’s shock tax ‘grab’ from the industry in 2011, through an increased supplementary charge, the Treasury has worked hard to improve incentives for exploration in marginal or technically challenging fields and has also provided certainty around tax relief for decommissioning. These measures, together with a strong oil price, have led to the higher levels of investment seen and should lead to North Sea production bucking the trend of long term decline over the next few years. While production will inevitably fall over coming decades many believe that, in value terms, there is more left in the ground than has been extracted to date.”