Payments to industry to cut gas use in a gas “emergency”

Industrial gas users could be paid by the National Grid to turn off some or all of their machinery if the UK ever faces a gas supply “emergency”. Under new […] 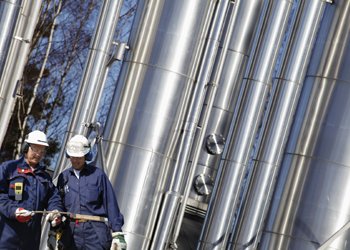 Industrial gas users could be paid by the National Grid to turn off some or all of their machinery if the UK ever faces a gas supply “emergency”.

Under new plans by the regulator Ofgem, large gas consumers will be able to put themselves forward to cut their gas demand, in contracts bid for in advance, if there is a shortage.

The payments are one strand of a shake-up to the rules to make sure the UK can always get enough gas. Since the North Sea reserves have dwindled, the UK depends significantly on gas shipments from overseas.

The current contingency plan for a crisis – for example if a shipper fails to buy enough gas to cover its UK customers’ obligations – it has to pay charges to the National Grid, the national gas pipeline operator. This is called the “cash-out” price and it is frozen at a relatively low level. On top of this, gas supplies could be restricted to customers.

There is no plan for a maximum cap set on what the charge could be.

Instead of encouraging more gas to the UK, Ofgem believes this could make the situation worse as the cash-out prices would likely be fairly low.

This could penalise both residential and business gas users as they could end up paying more for gas. Ofgem has been looking at how to change the rules since 2011.

This week the regulator published the potential changes to the gas network code. Alongside the payments to industrial and commercial users, the cash-out price would no longer be frozen but allowed to rise.

Ofgem said it hopes the higher cash-out prices will be “appropriate incentives” to gas shippers to balance supply and demand in the case of shortage, which it says is “unlikely”.

In the even more unlikely event of a “severe” emergency, homes which have their gas use cut off would also get payments from their supplier. Domestic customers who are interrupted would be paid at least £14/therm which would be £30 on an average winter’s day.

A spokesperson for Ofgem said: “Although Britain has never had a serious gas supply shortage and the risk of it happening is low, we still need to stronger incentives to secure gas supplies as our gas security of supply report to Government last year showed that we will be increasingly reliant on gas imports.”

Despite “real reservations” about original plans, the new proposals were described as “broadly workable” by the body which represents gas shippers, suppliers and other wholesale participants in the UK market yesterday.

David Cox, managing director of the Gas Forum said: “We are delighted that we were able to engage with Ofgem and work systematically through the issues, agreeing adjustments and compromises… [We] will continue to work with all sectors of industry to help deliver an overall package which is both tenable and practical.”