Electricity generated from clean energy sources in the UK shot up by 19% while fossil fuels production fell in 2012 compared to a year earlier, leading to “record levels” of […] 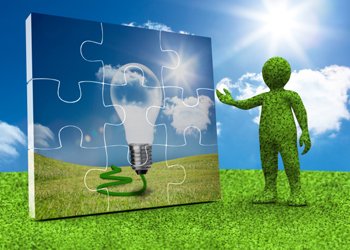 Electricity generated from clean energy sources in the UK shot up by 19% while fossil fuels production fell in 2012 compared to a year earlier, leading to “record levels” of imports.

New government figures show renewable energy accounted for 11.3% of total electricity generation in the country, up from 9.4% in 2011, with offshore and onshore wind seeing a 46% and 17% rise. Installed capacity of renewable sources rose by 27% in 2012, which according to DECC was mainly driven by boosted onshore and offshore wind and solar power.

The Digest of UK Energy Statistics report also showed natural gas and crude oil production fell by 14% each compared to 2011 and coal daw a 8.5% drop, with higher imports at 37.8%.

Energy imports were up 6.9% on 2011 levels, with Norway being the key source for both crude oil and gas while Russia was the main source for coal, accounting for 40% of UK imports.

Primary energy production fell by 10.7% in 2012 compared to a year earlier even though consumption rose by 1.7% largely due to the cold winter. There was a fall in both oil and gas production caused by “long term decline and maintenance activity on the UK Continental Shelf”.

Due to high gas prices, electricity generation moved further from gas to coal in 2012, accounting for the highest share of generation at 39%. The share of nuclear remained unchanged at 19% despite a slight increase in generation.

DECC said the UK remained a net importer of energy, with an increased dependency level of 43%.
It added: “This continues the trend from 2004 when the UK once again became a net importer of fuel. The UK imported more coal, manufactured fuels crude oil, electricity and gas than it exported.”