MPs are warning that much-touted savings brought by ‘smart’ energy meters may not materialise if the costs of putting them in all UK homes “spiral”. Around 53 million smart meters […] 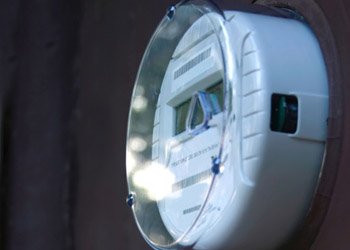 MPs are warning that much-touted savings brought by ‘smart’ energy meters may not materialise if the costs of putting them in all UK homes “spiral”.

Around 53 million smart meters in around 28 million homes and 2 million businesses are set to get smart meters installed between 2015 and 2020 under government rules.

They are known as ‘smart’ because they send live information about the amount of electricity and gas used to energy suppliers remotely. This is meant to save firms and homeowners billions of pounds on energy bills.

In a report released today, MPs on parliament’s energy watchdog committee raised the flag over who will keep an eye on spending. Energy firms are paying for the smart meters but are expected to earn this back with a small increase in bills.

The report states: “There is a clear risk that the £6.7 billion net benefit projected by DECC may not be achieved if costs spiral or if consumers do not realise the expected energy and bill savings.”

The buck must fall with DECC and Ofgem who should retain “responsibility” for making sure costs don’t spiral and that benefits are passed on, it adds, while energy companies should co-ordinate on installation as well.

The MPs further warn smart meters must work as soon as they’re fitted in homes rather than operate in ‘dumb’ mode for a short time afterwards.

Sir Robert Smith, Liberal Democrat MP and temporary chair of the Energy and Climate Change Committee said: “It is important that the first experience consumers have with smart meters is positive.  As such we believe smart meters should only be installed when versions are available that give the best consumer experience and when the necessary communications coverage is available.

“It is better to delay installation until consumers can have smart meters that they can engage with straight away rather than risk alienating consumers with initial installation of ‘dumb’ meters,” he added.

The concerns could be a headache for the Government as Energy Secretary Ed Davey has already had to push back the date for the start of the smart meter roll-out by a year at the demand of energy suppliers.

Labour peer Baroness McDonagh was put in charge of explaining the smart meter roll-out to the public last month.