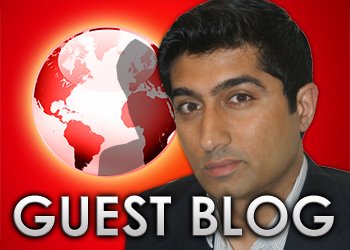 Ignorance is bliss – but when it comes to energy and brokers, ignorance is very expensive.

I’m seeing energy brokers really manipulating energy costs, especially when it comes to government charges in your energy bill. Do you check if they’re included when you get a quote for your firm’s energy?

Some suppliers don’t include RO and FITS or one combination of the two in their contracts, they just say somewhere in the small print “RO and FITS not included”.

Excluding or charging these separately is a commercial end user’s worst nightmare – but not for the reason you think.

Where does the problem begin?

You can’t blame suppliers for passing on Renewables Obligation (RO) and feed in tariff (FITS) costs separately. It curbs their exposure to unpredictable government levies. In a 12 month contract no supplier can really accurately guess what these levies will be charged at.

In fact you’ve got to question the suppliers that will fix these charges without building in a significant margin for error.

However this split in the bill could leave unsuspecting energy users open to having the wool pulled over their eyes – by bad brokers.

I’m not against the principle behind these government levies and the need for them – but as an energy broker I’ve discovered an increasingly worrying practice or malpractice within the industry that manipulates them for commercial gain.

I believe many brokers are withholding either RO and FITs charges in their analysis in order to look cheaper than either the client’s direct price or another broker’s price. Another more thought out trick I’ve discovered is to include the charges but at a level much lower than industry figures to again look cheaper than other alternatives.

The shady broker doesn’t care: the client will sign for one or probably two years and once the contract is signed it’s caveat emptor (buyer beware). The salesman then moves on to his next target. It’s almost turning into standard practice and it’s very worrying.

FM Managers, Financial Controllers, Finance Directors are all left carrying the can and the broker is long gone, perhaps out of business or even trading as another entity when the renewal comes around.

Caveat emptor or not, this puts people’s jobs and careers in jeopardy – especially if they are responsible for putting the said offers to the board or signing off the contracts themselves.

Is this against the law?

To ensure you don’t get snared by this I would recommend any client asks the following:

1) Are FITS and RO charges fixed included in the contract quote?

2) If included are they fixed or pass through?

How do you avoid the dodgy dealers?

Unless you’re in the industry and can forensically reverse model a quotation it’s very difficult to detect these issues.

Instead of the false economy of a Dutch auction I suggest meeting with two or three brokers and pick one based on price, service, location or any other factor you see as being important.  Agree a price in writing and ultimately you will get a much better service and a price which is transparent.

Ofgem’s energy broker reforms are looking to stop these practices – but then again Obama also wanted to bring peace to the Middle East.

Ben Dhesi is a qualified solicitor and the Head of Energy Management at Pulse Business Energy, which was nominated for I&C Most Trusted, Most Innovative and Rising Star in The Energy Live Consultancy Awards.