American scientists say swapping a building material used in nuclear power reactors could prevent accidents like the triple blow-out at Fukushima power plant in Japan. Researchers at MIT claim that […] 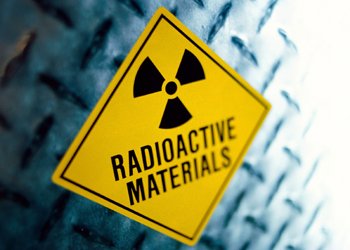 Researchers at MIT claim that replacing the metal cladding around fuel rods in water-cooled nuclear reactors with a special ceramic could cut the risk of explosion.

At Fukushima in 2011, the radiation leak may have been caused after explosions of hydrogen gas built up inside some of the reactors.

The hydrogen build-up was the result of hot steam coming into contact with overheated nuclear fuel rods covered by a cladding of zirconium alloy, or “zircaloy”. This is the material used as fuel-rod cladding in all water-cooled nuclear reactors. Water-cooled reactors are used at more than nine in ten of the world’s power reactors.

When it gets hot enough, zircaloy reacts with steam to produce hydrogen, a hazard in any loss-of-coolant nuclear accident, say the researchers.

They believe their alternative – a ceramic compound called silicon carbide (SiC) – could provide similar protection for nuclear fuel, while cutting the risk of hydrogen production by roughly a thousandfold. Tests of their new cladding material, are described in the journal ‘Nuclear Technology’.

They tested their material under normal operating conditions – temperatures of 300 degrees Celsius (572 degrees Fahrenheit) and also under the more extreme conditions of an accident, with temperatures up to 1500 C (2732 F).

Mujid Kazimi, the TEPCO Professor of Nuclear Engineering at MIT who is senior author of the papers said: “Because of the harsh environment fuel rods are exposed to — heat, steam and neutrons that emanate from nuclear reactions — extensive further testing will be needed on any new cladding for use in commercial reactors.”

He added the technology is “very promising, but not at the moment ready for adoption”.