China switched on a new 793km-long pipeline to bring in natural gas from Myanmar yesterday, reports claim. The pipeline starts at Kyaukpyu on Myanmar’s western coast and connects China’s Yunnan […] 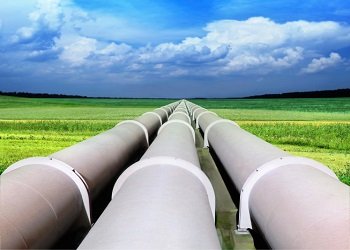 The pipeline starts at Kyaukpyu on Myanmar’s western coast and connects China’s Yunnan province in the southwest and is expected to transfer 12 billion cubic metres of natural gas every year.

A parallel 771-km pipeline that will carry oil from the Middle East, shipped via the Indian Ocean, is still under construction, according to China National Petroleum Corporation (CNPC), which is one of six companies that financed the gas project. The other co-investors include companies from Burma, India and South Korea.

Experts estimate the pipelines will satisfy a quarter of China’s natural gas demand every year and also bring around $1.5 billion (£0.98bn) to Myanmar annually.

Last week US energy firm Hess Corporation signed a co-operation agreement with a Chinese firm to develop a shale oil block in China while Russian oil firm Rosneft signed a contract worth around $270 billion (£174.4bn) to supply crude oil to China last month.