A global scheme in which where airlines bought credits to offset their carbon emissions would work out “relatively cheaply” according to new research. Several airlines kicked up a fuss two […] 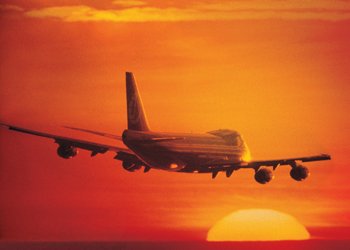 A global scheme in which where airlines bought credits to offset their carbon emissions would work out “relatively cheaply” according to new research.

Several airlines kicked up a fuss two years ago when the EU slapped an environmental tax – via the Emissions Trading Scheme – on all flights in and out of Europe. Many believe a mandatory worldwide carbon allowance scheme would be fairer.

Last month the nations which are part of the International Civil Aviation Organisation were urged to set up just such a single carbon credit which could kick in by 2016 by the International Air Transport Association (IATA).

New analysis suggests this doesn’t have to be expensive and by 2030 could have added as little as $2 (£) to a typical one-way fare such as a flight from Paris to New York.

That’s according to projections from Bloomberg New Energy Finance and the Environmental Defense Fund. Their researchers reckon if governments adopt “tough criteria” the cost of these credits to the aviation industry would be around $4 to $6 per tonne in 2015.

Guy Turner, chief economist at Bloomberg New Energy Finance said: “These findings show that the international aviation sector can control its CO2 emissions relatively cheaply by using market based mechanisms. The small cost and the ability to pass any costs through into ticket prices, should encourage the international aviation sector to accelerate and deepen its emission reduction pledges.”

Instead of just keeping a lid on emissions, it could be possible to cut more he suggested: “More ambitious emission reductions now look much more doable, than mere stabilisation from 2020.”

The report suggests spare credits from the EU’s Emission Trading Scheme could potentially be used by the aviation industry. It currently has a large surplus of allowances.

Annie Petsonk, International Counsel at the EDF which commissioned the research told ELN: “It would be a low cost compliance opportunity… Industry would be well advised to get a programme agreed to quickly so firms can get plans for investment quickly – before prices go up in future.”