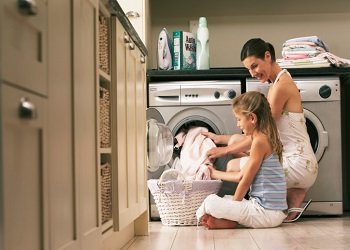 Called ‘Free Power Saturday’, the plan was initiated by British Gas’ Direct Energy business in North America, where it doesn’t charge its customers for the power they use on Saturdays when demand is low.

It was designed to encourage consumers to reduce electricity usage during higher-priced weekly peak hours and set aside using washing machines, tumble dryers, vacuuming and other high energy-consuming tasks for the weekend. In Texas, if the tumble dryer is used for two loads of clothes on a Saturday instead of any other day during the week, a household is believed could save around $50 (£33) a year.

British Gas is now trialling various types of ‘time of use’ tariffs with its customers across the UK and is looking for 600 homes to sign up for the pilot scheme. Customers will need to have a smart meter installed in their homes – which can be done free of charge – in order to be part of the trial.

A spokesperson said: “We are building on these learnings with the intention of launching a time of use tariff early next year… This is still at an early stage and more information will be provided in due course.”

Just yesterday  Centrica announced its half-year profits for its residential energy business grew by 3.2% to £356 million.