Local energy plants for businesses “slipping through the net”

Energy plants for schools, businesses and local authorities are “slipping through the net” because of a crucial gap in financial support from the Government, it was claimed today. In a […] 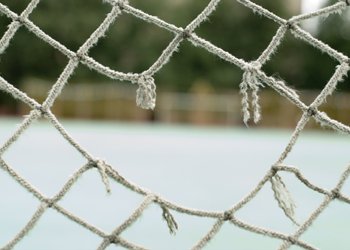 Energy plants for schools, businesses and local authorities are “slipping through the net” because of a crucial gap in financial support from the Government, it was claimed today.

In a report praising the potential of local energy projects between 10-50 megawatts (MW) in size, MPs on the energy select committee warned many could struggle to “get off the ground” because of a gap in government support.

However MPs today claimed medium sized projects such as solar arrays, wind farms and district heating schemes are “too big to receive FiTs yet too small to take advantage of CfDs” and suggests ministers find a “support mechanism” to plug this gap.

The Feed in Tariffs or FiTs subsidy is offered to homeowners for kit such as solar panels while the Energy Bill is setting up Contract for Difference for larger renewable energy sources like offshore wind farms.

Dr Alan Whitehead, Labour MP and member of the committee said: “Although it is unlikely that local energy projects will eliminate the need for larger, centralised power stations completely, with some Government support they could provide a significant proportion of the UK’s energy capacity while reducing carbon emissions and increasing efficiency.”

Currently there “a number of barriers” facing local projects, according to the report: “Securing funding and Power Purchase Agreements (PPAs), connecting to the grid and overcoming public opposition can all prove difficult.”

On top of this, getting planning permission can be “costly and time-consuming” while community groups and small co-operatives risk “losing tens of thousands of pounds if permission is not granted”, the report goes on.

He said: “Energy policy can too often focus on delivering very large power plants and overlook the central role of the consumer, whether that consumer is a small business, a householder, or local industry.”

Donna Hume, campaigner at environmental group Friends of the Earth (FOE) said MPs have “hit the nail on the head” and suggested the upcoming Energy Bill was the perfect opportunity to back medium sized energy projects.