Electric vehicles may not be everywhere yet but they are the fastest growing part of the car market, new figures show. There are small but encouraging signs for the electric […] 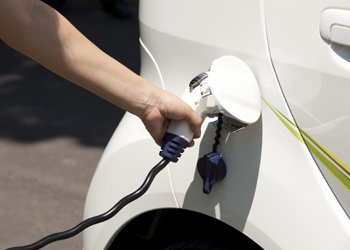 Electric vehicles may not be everywhere yet but they are the fastest growing part of the car market, new figures show.

There are small but encouraging signs for the electric car market in the UK as close to 2,000 pure electric cars have registered for the Government’s plug-in car grant so far in 2013.

Sales of plug-in cars – which includes both pure electric cars and petrol or diesel hybrids such as the Vauxhall Ampera and Toyota Prius – have noticeably sped up this year.

That’s against a general backdrop of 17 consecutive months of rising car sales, with sales predicted to reach 2.216 million units by the end of the year.

Figures from the Society of Motor Manufacturers and Traders (SMMT)  show the number of plug-in cars bought so far this year already approaches the total of last year, rising, 70.7% over the first seven months of 2013, to 1,885 units. More than 15,000 hybrid cars have been bought this year.

Pure electric cars make up the “smallest but quickest growing” portion of the market, a spokesperson for SMMT told ELN.

Tax may be driving people towards lower carbon emitting cars, as VED tax is based on carbon output, said the spokesperson, while a better charging infrastructure of 10,000 points across the UK with government plans for more at supermarkets, railways and hospitals could also be a factor.

Big brands such as BMW bringing out electric models also “attracts attention” and could drive the market, they added.