The UK Government is seeking views on the proposed changes to regulations on simplifying the EU Emissions Trading System (ETS) penalties for businesses. The ETS was introduced in 2005 to […] 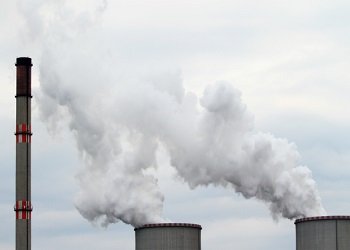 The UK Government is seeking views on the proposed changes to regulations on simplifying the EU Emissions Trading System (ETS) penalties for businesses.

The ETS was introduced in 2005 to help the EU meet its obligations to reduce greenhouse gas emissions by 8% below the 1990 level under the Kyoto Protocol – the first global treaty to set binding obligations on countries to cut emissions.

It is based on the ‘cap and trade’ principle. Participants under the EU ETS are required to monitor and report their emissions and surrender sufficient allowances – called European Union Allowances (EUAs) – to cover their emissions every year.

DECC has launched a consultation for the proposed changes in regulations in a bid to improve clarity and reduce the burden for businesses whilst reporting their greenhouse gas emissions.

It proposes to clarify the level of civil penalties to be imposed on operators carrying out unauthorised EU ETS activities and the discretion available to regulators to waive or reduce such penalties. It also seeks to enable regulators to impose a lower level of civil penalty for “under-reporting” EU ETS emissions prior to 2013 or even waive a penalty entirely, where operators self-report and surrender the necessary number of allowances.

One of the proposals is to remove the strict liability for a €100tCO2 penalty and replace it with a discretionary €20tCO2 penalty in cases where operators voluntarily identify the under-reporting of emissions and surrender the required quantity of allowances.

The third phase of the EU ETS, which started in January this year and runs until 2020, will deliver a 21% reduction in emissions by 2020 compared to 2005 levels. The scheme covers energy-intensive installations and aircraft operators – responsible for around half of the EU greenhouse gas emissions.

The consultation is open to any organisation or individual to respond and is not just limited to stakeholders. It will run for six weeks until 19 September 2013.

Earlier this year Ministers from EU countries called for members of the European Parliament (MEPs) and Governments to decide on a plan to reform the EU carbon market. The UK Government also published guidance for energy intensive users to claim up to £113 million in compensation for the extra power costs caused by the impact of European carbon pricing schemes.