The Government has published more details of the mechanism for supporting low carbon energy, the Contracts for Difference. CfDs pay the generator the difference between the cost of investing in […] 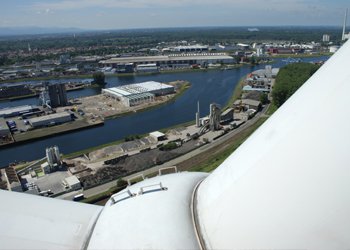 The Government has published more details of the mechanism for supporting low carbon energy, the Contracts for Difference.

CfDs pay the generator the difference between the cost of investing in a particular low-carbon technology, called the ‘strike price’ and the average market price for electricity, known as the ‘reference price’. Generators will still operate as usual in the electricity market.

An outline of Government plans is as follows:

– Government will set the reference prices for baseload power twice a year, based on what prices are expected to be in the next season. This is a change from plans to use year ahead prices after generators worried they wouldn’t be able to earn enough for their energy.

– Contracts for CfDs will initially be given out on a ‘first come, first served’ basis, until 50% of the budget has been matched with projects. After this, ‘Allocation Rounds’ are likely to run twice a year.

– Generators which hope to get a CfD will have to hit a “Substantial Financial Commitment milestone” within a year of signing a contract, in essence proving they’ve spent a certain amount on their technology.

– To earn their commission, they will have to build and commission their project within a certain “Target Commissioning Window”.

– A generator must finish their project within an allotted time – called a “Longstop Date” – or else their CfD contract will be terminated.

Business and Energy Minister Michael Fallon said:  “When compared to the existing system of support, the Renewables Obligation, this new support mechanism will make it cheaper to deliver low-carbon generation by around £5 billion up to 2030.”

He added: “The key contract terms have been published in detail to provide the energy sector and investment community with further certainty, so they can get on and invest.”

The draft repeats plans to charge suppliers a “direct tax” to fund the Counterparty, a new government body which will guarantee the CfDs.

Instead of making this a changeable or “variable rate” levy, which smaller suppliers were concerned could affect them, the Government said it “is minded to charge suppliers using a fixed formula-based levy”, creating a pound per megawatt hour (MWh) rate for suppliers.