Power supplier npower has pledged to cut the number of energy tariffs it offers for sale to four by October this year. It revealed a total redesign of its energy […] 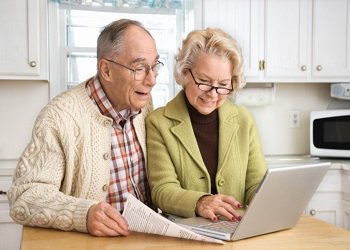 Power supplier npower has pledged to cut the number of energy tariffs it offers for sale to four by October this year.

It revealed a total redesign of its energy bill today in a bid to “cut out the clutter” for consumers and improve customer service.

The move follows an 18-month long research carried out with 427 npower customers, which found people find energy bills more confusing and complicated than any other household bill.

It also found there were two main groups. Those who act as ‘skimmers’ – only glancing at the bill to see how much they owe and when the payment is due – and those, “made up largely of men and older customer” who see themselves as ‘checkers’ – wanting much more information and detail around energy usage.

Npower’s new bill will show the most important facts ‘skimmers’ want to see right at the top of the front page, which will also include a breakdown of how much energy has been used, the cost and how it compares to the previous year. It will also have a facts section for ‘checkers’ which gives more detailed information, including energy saving advice and examples of how much energy appliances use – all of which it claims will be done in a “clear, simple and easy to understand” manner.

The power supplier is also the first of the ‘Big Six’ to cut the number of energy tariffs to four, which will include a standard variable tariff and ‘fixed’ tariffs for one, two or three years.

Paul Massara, npower’s CEO said: “At the start of the year, I announced our intention to be number one for customer experience – and said we had to get back to the fundamentals of how we treat our customers. To do this we are cutting out the clutter.

“We’ve been reviewing the way we do things and talking to hundreds of our customers: based on their feedback, we’ve created a simple and clear new bill that I believe is the best in the industry. We are also cutting the number of tariffs down to four by October and are moving our customers onto them.

“Together, these two changes will make it much easier for customers to understand how much energy they are using, what they are paying for and whether they are on the best possible tariff.”

npower has 6.5 million residential gas and electricity customers across the UK. Earlier this week the supplier also announced it will stop offering default auto-rollover contracts to new business customers from April next year.