Disgraced former MP Chris Huhne has landed a high profile job with an energy company in the US three months after being released from prison. The former Energy Minister has […] 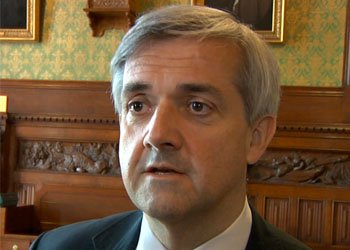 Disgraced former MP Chris Huhne has landed a high profile job with an energy company in the US three months after being released from prison.

The former Energy Minister has been appointed as the European Chairman of Zilkha Biomass Energy (ZBE) “with the remit of growing the business in the European Union”, according to an announcement on its website.

The US firm praises Mr Huhne for the different roles in UK Parliament – describing him as “one of the pioneers in calling for political action to deal with global warming”, however, makes no mention of his criminal conviction.

The ex-MP for Eastleigh, who will be working two days per week in his new position, was sentenced in March this year with ex-wife Vicky Pryce for perverting the course of justice over claims she took speeding point for him.

The Advisory Commission on Business Appointments, which advises the Prime Minister on new jobs for former ministers, gave Mr Huhne the green light to accept the new position.

The former Minister had met with ZBE during his last two years in office, however, the meeting had been for the US renewable energy company “to brief officials and provide information and had not included any request for finance or policy exchange”, the Committee ruled.

It noted: “Mr Huhne had not been involved in the development of policy, award of grants or regulatory work that might have impacted on ZBE… Mr Huhne was not aware of any contractual relationship between his former Department and ZBE and had had no access to commercially sensitive information about any competitors.”

The Committee approved his new role subject to the conditions that “he should now draw on any privileged information available to him as a Minister” and “for two years from his last day in ministerial office, he should not become personally involved in lobbying the UK Government on behalf of his new employer or its clients”.

Mr Huhne and his ex-wife were released in May after serving just 62 days of their eight month sentences.