Mexico is on the brink of the biggest change to its energy sector in decades. President Enrique Peña Nieto has proposed the state-owned oil firm Pemex should be able to […] 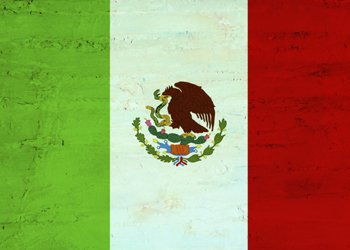 Mexico is on the brink of the biggest change to its energy sector in decades.

President Enrique Peña Nieto has proposed the state-owned oil firm Pemex should be able to cooperate with foreign energy companies in future on projects such as drilling in the Gulf of Mexico.

The nation’s energy market has operated with a state monopoly ever since nationalisation in 1938.

President Nieto said in a speech to congress and senators yesterday: “Mexico is facing an historic opportunity. The country has the possibility of starting an Energy Reform which can transform and improve the quality of life for all Mexicans.”

The Mexican leader went on: “If we take this great opportunity we will create hundreds of thousands of new jobs. If we carry out this reform it will lower the price of electricity and gas.”

Mexico’s government will still keep “exclusive control” of the national electricity system and the transmission and distribution networks, he added.

Although the North American state is one of the largest sources of US oil imports, its production has declined in recent years according to the US Energy Information Administration, which could explain the push for change.

The energy reforms are being presented as a way to provide for Mexican’s future generations while still “safeguarding” revenue from the country’s oil reserves.

A website dedicated to the energy reform is illustrated by smiling children roaming against blue skies and a video recounting the phrase, “El petroleo es nuestro” or “Oil is and always will be ours”.

The video clip also mentions water, the sun and wind as “the energy sources of Mexico”, concluding, “So today we say NO to the privatisation and YES to Energy Reform.”

The nation hopes to boost its oil production from 2.5 million barrels per day currently to 3 million in 2018 and to 3.5 million or more by 2025, according to new policy objectives on the president’s website as well as ratchet up gas output to 8billion cubic feet per day in 2018.