Solar cells which heal themselves developed in USA

Replacing old or poorly performing solar panels could one day be a thing of the past – now researchers claim solar powered cells can be developed to heal themselves. The […] 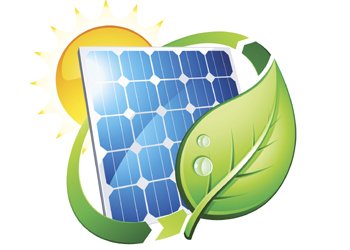 Replacing old or poorly performing solar panels could one day be a thing of the past – now researchers claim solar powered cells can be developed to heal themselves.

The two academics at North Carolina State University were inspired by natural processes which allow leaves and human hands to regenerate.

They believe solar cell devices with channels which mimic organic vascular systems – similar to the way a field is irrigated with water – can effectively reinvigorate cells whose performance deteriorates because of the effect of the sun’s ultraviolet rays.

Rather than industry standard silicon cells, the method would use dye-sensitised solar cells (DSSCs), made of a water-based gel centre, electrodes and light-sensitive, organic dye molecules.

These dye molecules capture light and generate electric current but eventually degrade and lose efficiency which is why researchers began to look at self-healing cells.

Dr Orlin Velev said: “We considered how the branched network in a leaf maintains water and nutrient levels throughout the leaf. Our microchannel solar cell design works in a similar way. Photovoltaic cells rendered ineffective by high intensities of ultraviolet rays were regenerated by pumping fresh dye into the channels while cycling the exhausted dye out of the cell. This process restores the device’s effectiveness in producing electricity over multiple cycles.”

Dr Velev believes organic systems could be less expensive and better for the environment than silicon-based solar cells.