Water suppliers should be given financial incentives to cut their carbon footprint by the watchdog Ofwat, the Chartered Institute of Water Management declared today. In a report called ‘A blueprint […] 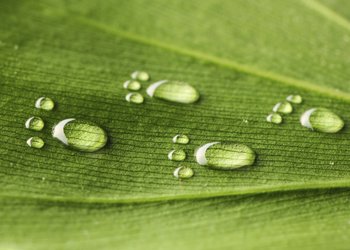 Water suppliers should be given financial incentives to cut their carbon footprint by the watchdog Ofwat, the Chartered Institute of Water Management declared today.

In a report called ‘A blueprint for carbon emissions reduction in the UK water industry’, CIWEM said suppliers should be “actively incentivised” to reduce their carbon footprint.

It’s the second outspoken suggestion from the group in a week, last Thursday it suggested charging users a basic payment with an “escalating” tariff to discourage wasting water.

The report states the industry should aim to slash its carbon emissions by around 10% every five years, in line with the industry’s investment cycle.

The UK water industry uses large amounts of energy is emits 3% of the UK’s greenhouse gas emissions. Under the Climate Change Act, the country must slash its emissions by 80% by 2050.

Alastair Chisholm, CIWEM Policy Manager and lead report author said: “The industry is awake to this issue, with the most ambitious water companies aspiring to carbon neutrality by the target date of 2050.  But that ambition is not uniform across the industry, and in order to achieve this aspiration, incentives are likely to be needed to help drive companies past the easy wins.”

The group didn’t specify a figure which would tempt water firms however it suggested a similar model to the existing SIM or service incentive mechanism which water firms get for hitting their targets. This allows them to invest more but they are penalised for missing targets.

A spokesperson told ELN this would not necessarily mean adding an extra charge onto customer bills if Ofwat could put in place a decent enough incentive that isn’t financial.

A spokesperson for the water industry watchdog Ofwat told ELN the suggestions are “a helpful challenge” to the industry to “raise their game”.

However they added its recent review of prices set out how the regulator wanted to avoid a “tick-box” approach to regulation, emphasising that water companies need to listen to customers’ needs rather than be overly guided by Ofwat.