SSE is scrapping a system where it automatically rolls over energy contracts for small businesses. Today it announced that from April 2014, companies with fewer than 10 employees which use […] 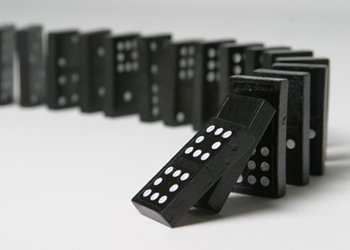 SSE is scrapping a system where it automatically rolls over energy contracts for small businesses.

Today it announced that from April 2014, companies with fewer than 10 employees which use less than a certain amount of gas or electricity a year will no longer have their contract rolled over.

The company is the third of the UK’s largest suppliers to drop the tactic after E.ON publicly called on its competitors to do so (despite this E.ON has yet to walk the talk itself).

Fellow Big Six supplier npower was the next to act, announcing last week it will ban rollovers from April 2014.

SSE says its non-rollover pledge will count for customers which use less than 293,000 kWh of gas per year or fewer than 100,000 units of electricity per year, and companies with an annual turnover or balance sheet of no more than €2 million (£1.7m).

Kevin Greenhorn, SSE’s Director of Business Supply said: “Small businesses are run by busy people who focus their time on their companies. They have enough deadlines to meet without us giving them another one, so we’re ending automatic contract rollovers.”

The company also attempted to best its rivals by extending its existing micro-business back-billing commitment to cover small business customers.

He added: “They also shouldn’t have to pay for other people’s mistakes. That’s why we are raising the bar once more by pledging not to back-bill small businesses beyond 12 months where our error has led to the customer underpaying. We want to challenge other suppliers to follow our lead.”

Energy Minister Michael Fallon said he hoped other suppliers “rapidly follow suit”. He said: “Small businesses are leading the generation of ideas, the creation of new jobs and the shift towards a balanced economy. It’s vital that we do all we can to help them flourish, grow and keep running costs down.”