Everyone dreads a phone call from an unknown number – and now homeowners can breathe a sigh of relief as energy supplier E.ON is ditching cold calls to them. The […] 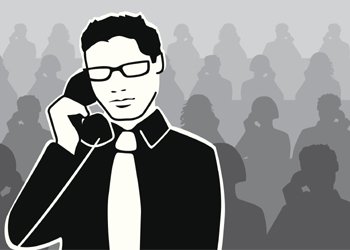 Everyone dreads a phone call from an unknown number – and now homeowners can breathe a sigh of relief as energy supplier E.ON is ditching cold calls to them.

The firm said this includes not contacting former domestic customers who have not given consent.

Anthony Ainsworth, Sales and Marketing Director of E.ON UK said: “This is the right thing to do. Over the last few months we’ve been working hard to make sure we truly understood how people feel about getting so called ‘cold calls’ at home and although we were still putting things in place to make this happen behind the scenes, it is best that we speed things up and confirm that we’ve stopped these telephone calls.”

Business customers won’t be given the same break as the supplier said its commercial operations will go on as usual. A spokesperson told ELN: “We’ll continue to engage with and talk to businesses we think will benefit from our services.”

Although it is not against the law for companies to make cold calls – unless someone has already told them they don’t want to receive calls from them – they can be a real nuisance to homeowners.

Energy suppliers have been criticised in the past for cold calls and some such as npower have been penalised by regulator Ofcom in 2011 for so-called “abandoned calls” – when a call is picked up but no-one from the firm answers.

In March 2013, an investigation by the Sunday Telegraph found British Gas alone makes marketing calls to about 4.1million homes each year. The firm said at the time it always asks permission to call or undertook “all relevant checks” to confirm consent.