A £16 million restoration project of a landfill site in Aberdeenshire – believed to be the largest ever of its kind in Scotland – has been completed. The four-year project […] 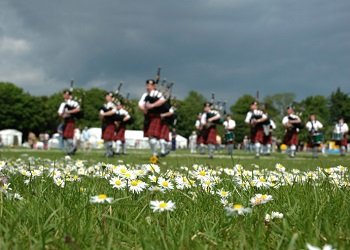 A £16 million restoration project of a landfill site in Aberdeenshire – believed to be the largest ever of its kind in Scotland – has been completed.

The four-year project was carried out by recycling firm SITA UK – appointed by Aberdeen City Council to clean up the Ness site to prevent it becoming an environmental hazard.

Located just two kilometres south of Aberdeen city centre, around three million tonnes of waste from local homes and businesses had been deposited at the site over a period of 30 years.

Much of the waste had been deposited uncontained, leading to the pollution of groundwater and the local coastline and the site also suffered from the escape of odorous landfill gas and was in breach of its environmental obligations.

Systems have been installed to collect existing contaminated water – known as leachate – within the site in order to minimise the pollution. The installation of a surface water collection and management system is also helping to control water flow on the 500,000 square metre site, to prevent flooding.

Councillor Neil Cooney, Convener of Housing and Environment at Aberdeen City Council said: “Whilst we are proud of the outcome, a major project delivered on time and under budget, this site is a clear example of why we must move away from landfill.

“Leaving unknown environmental legacies for future generations should be a thing of the past and we urge everyone to play their part by recycling where they can and supporting our efforts to develop a combined heat and power facility to gain value rather than future costs from non-recyclable waste.”