‘Bioenergy Zones’ to be created across Haiti

‘Bioenergy zones’ are to be created across Haiti to produce biofuel using a plant called Pongamia. Haiti’s Energy Ministry has granted access to large tracks of barren land where other […] 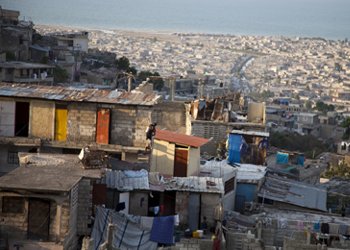 ‘Bioenergy zones’ are to be created across Haiti to produce biofuel using a plant called Pongamia.

Haiti’s Energy Ministry has granted access to large tracks of barren land where other plants are unable to grow. The plant will be used to make biodiesel, cooking briquettes and high-protein animal feed.

It’s hoped the scheme will bring social, environmental and economic benefits to the country still reeling from the catastrophic earthquake in 2010.

The project will start out using 1,000 acres to supply more than 1.2 million gallons of bio-diesel each year and 15,000 tons of ‘green’ coal. Over the following four years the scheme will expanded to over 20,000 acres.

It will be a joint venture between two companies. Bangalore based VayuGrid will supply their own ‘elite’ strain of the Pongamia plant, which they claim matures faster, has a higher yield and is disease resistant. Haiti based company Sonamar will run the scheme locally.

Douglas Peterson, CEO of VayuGrid said: “[We] foresee that Haiti will become a demonstrator for the region for deploying large scale and sustainable renewable energy projects.”

Alix Douyon, President of Sonamar added: “We see great benefit in developing a high yielding crop that not only produces clean energy but will also supply the cooking fuel to significantly reduce the large scale deforestation across Haiti.”