Fukushima leak worse than authorities are letting on

Nuclear experts are suggesting the recent leak at the Fukushima nuclear plant is much worse than the Japanese authorities are letting on. The Tokyo Electric Power Company (TEPCO) recently admitted […] 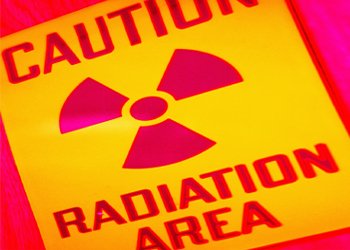 Nuclear experts are suggesting the recent leak at the Fukushima nuclear plant is much worse than the Japanese authorities are letting on.

The Tokyo Electric Power Company (TEPCO) recently admitted 300 tonnes of radioactive water had leaked from a storage tank into the surrounding soil.

Responding to the leak on Wednesday, Japan’s Nuclear Regulation Authority announced the leak represented a level three ‘serious incident’ on the seven-point International Nuclear Event Scale. They had initially classified the leak as a level one incident.

But experts say the authorities are playing down the severity of the situation.

Mycle Schneider, a nuclear consultant who is the lead author for the World Nuclear Industry status reports told the BBC: “The quantities of water they are dealing with are absolutely gigantic.”

Dr Ken Buesseler a senior scientist at Woods Hole Oceanographic Institution told the broadcaster: “We’ve been saying since 2011 that the reactor site is still leaking, whether that’s the buildings and the ground water or these new tank releases. There’s no way to really contain all of this radioactive water on site.”

Once it gets into the ground water, he suggested, “you can’t really stop” it: “You can pump out water, but how many tanks can you keep putting on site?”

Workers have been checking the hundreds of storage tanks on site and have found no new leaks but TEPCO said in a statement: “We have confirmed two spots where radiation doses are high.”