An investigation into what caused a helicopter to crash in the North Sea – which killed four oil workers – on Friday is ongoing. The aircraft’s operator CHC said the […] 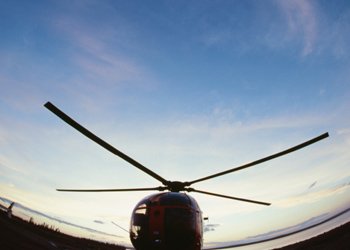 An investigation into what caused a helicopter to crash in the North Sea – which killed four oil workers – on Friday is ongoing.

The aircraft’s operator CHC said the Super Puma AS332-L2 helicopter was carrying 16 passengers and two crew members from the Borgsten Dolphin rig to Sumburgh airport in Shetland when it crashed into the sea, killing three men and one woman.

Three bodies are believed to have been rescued in the aftermath of the incident whilst the fourth is expected to reach the mainland today.

Duncan Trapp, Vice President for Safety and Quality at CHC Helicopter said the crash will be “painstakingly investigated”.

He added: “We cannot give you any update as to what happened. It is still too early and with the investigation underway, it would be wrong to speculate in any way. The factors under investigation will be environmental, technical, maintenance and human factors.

“We are fully supporting the early stages of the investigation into the incident and will continue to give our full co-operation to this process. We have been keeping our customers informed and working with them to see how we can meet their needs.”

The co-pilot is now recovering at home whilst the pilot has suffered back injuries and is in hospital but in a stable condition. Mr Trapp said all the flights on Saturday were cancelled as a mark of respect whilst all AS332-L2 aircrafts have been suspended globally until more information is available.

Oil & Gas UK held a meeting in Aberdeen yesterday to discuss the operational impact of the temporary suspension of the helicopters, with 80 representatives of oil and gas operators and major contractors present.

Chief Executive of Oil & Gas UK Malcolm Webb said: “Our primary concern is assuring the safety of the workforce. The Helicopter Safety Steering Group (HSSG), which met on Saturday, recommended that flights of each of the various models of Super Puma helicopter should only resume when sufficient factual information to support this decision becomes available. Today’s meeting endorsed that position.

“Individual operators have contingency plans in place for when flights are suspended due to bad weather for example, but preparing for a wider or potentially longer-term issue will require industry-wide collaboration. Oil & Gas UK will therefore work with its members and the regulators to ease the adverse impacts of this loss of capacity.”

Last year the CHC Super Puma helicopter ditched in the North Sea between Orkney and Shetland when transporting workers from Aberdeen to West Phoenix drilling rig.