Ofgem’s new code of conduct to make the energy market simpler and fairer for consumers “do not go far enough”. That’s the comment from Which? following the launch of the […] 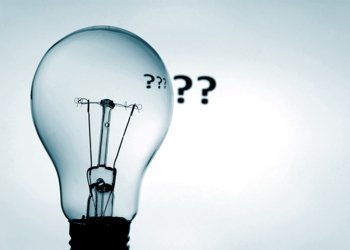 Ofgem’s new code of conduct to make the energy market simpler and fairer for consumers “do not go far enough”.

That’s the comment from Which? following the launch of the energy regulator’s new rules this week. The consumer body believes improving the way suppliers deal with their customers is a step forward but claims Ofgem needs to do more to fix the “broken” energy market.

Richard Lloyd, Which? Executive Director said: “Rising energy bills are consistently one of the top worries for consumers so the Government must step in to ensure trust in suppliers is rebuilt and prices are kept in check. We want the Government to introduce simple pricing and to ring-fence energy supply from generation businesses to increase confidence that there is effective competition in the energy market.”

Ofgem’s reforms include the need for energy companies to provide clear and easy to understand information to consumers but the trade body for the energy industry claims suppliers are already “ahead of the game” in making tariffs simpler and easier for their customers.

Angela Knight, Chief Executive of Energy UK said: “Changes are well underway in better and clearer communications. Companies are working closely with all the policy makers and the regulator and most importantly with their customers, as Ofgem knows.

“Energy UK supports the standards of conduct as another step in rebuilding trust in the market. The big issue though is, making sure customers understand their bill so that they can make informed choices and better manage their energy use. Energy companies only have control over about a fifth of the customer bill, the remaining 80% is made up of the wholesale price of energy and the costs that others add to the bill such as the wires and the pipes that distribute the energy and the additions because of energy policy.

“Now is the time for the authorities to start an honest debate on what green energy policy means and why bills are going up.”

Earlier this year Which? also claimed Ofgem’s plans to simplify energy tariffs for consumers to find the best deal are “still too complex”.