New standards of conduct that require energy suppliers to treat small businesses fairly have come into force this week. The rules are part of Ofgem’s reforms to provide firms with […] 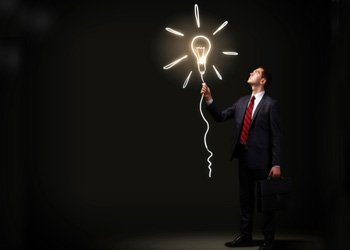 New standards of conduct that require energy suppliers to treat small businesses fairly have come into force this week.

The rules are part of Ofgem’s reforms to provide firms with more protection in the energy market and apply to business customers that typically spend up to £10,000 a year on each fuel.

Under the standards, suppliers must treat business customers they are billing, switching and contracting with fairly and could be given fines if necessary – as announced for domestic consumers. They must act quickly to make amends when a mistake is made and make sure firms are fully aware of energy contract terms and conditions.

The energy regulator has also extended existing safeguards so that from 31 March next year, up to 160,000 more small businesses can get clear information on key facts about their contracts and will also benefit from the limit on the automatic rollover of contracts to one year. The protections previously were only applied to firms spending up to £5,000 a year per fuel.

The news follows five of the Big Six suppliers’ – British Gas, npower, SSE, E.ON and ScottishPower – announcements that they will end auto-rollovers for small businesses and EDF Energy’s launch of a new automatic rollover tariff with no exit fees.

Andrew Wright, Ofgem Chief Executive said: “Small businesses make a major contribution to the British economy and it’s very important that they have confidence in the energy market. Two thirds of all the concerns businesses have about the market relate to billing, contracting and switching supplier, which is why our Standards of Conduct target these three areas.

“Our other reforms arm businesses with the key facts about their contracts and when they are coming to an end. This will make it far easier for them to compare the market. The onus is now on suppliers to make sure they stick to these standards and get their customer service right.”

Ofgem has allowed suppliers to have a notice period of up to 90 days before the end of a fixed-term contract so businesses can decide whether they want to negotiate a new deal or not. However, energy companies must accept a termination notice from a firm at any time before that to give them more time to compare deals, which will come into effect at the end of March next year.

It is reviewing whether automatic rollover of contracts for small and medium sized businesses should be banned altogether.