SNP: Scotland should make own decisions on oil and gas

The “mismanagement of successive Westminster Governments” has shown why Scotland needs to make its own decisions on oil and gas. That’s the view of the Scottish National Party (SNP), which […] 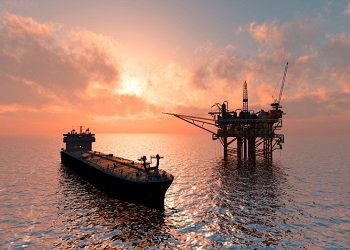 The “mismanagement of successive Westminster Governments” has shown why Scotland needs to make its own decisions on oil and gas.

That’s the view of the Scottish National Party (SNP), which made the comment following George Osborne’s trip to Scotland yesterday where he warned the nation could see “very significant” tax rises if it established an oil fund – like that of Norway – post-independence.

The Chancellor also came under fire as the Treasury’s new report claimed that estimates there is still £1.5 trillion worth of oil and gas revenues in the North Sea is an overestimate by the Scottish Government. The SNP, however, claims the figure is based on estimates by industry body UK Oil & Gas and has been used in the UK Government’s oil & gas strategy document and “are more conservative than the DECC’s estimates”.

SNP MSP Mark McDonald said: “The Chancellor does nothing for his credibility when he comes to Scotland and attacks figures used by his own Government and makes claims that simply do not stand up to any kind of scrutiny.

“With Westminster having shown such an appalling track record of managing the oil and gas sector, it takes a huge amount of brass neck for George Osborne to tell people in the sector that he knows best when it comes to managing the industry.

“The fact of the matter is that the mismanagement of successive Westminster Governments has shown why Scotland needs to be able to make our own decisions when it comes to oil & gas so that the industry is managed on a sustainable, long-term basis for the benefit of people in Scotland.”

Scottish Finance Secretary John Swinney added: “North Sea oil is a bonus, not the basis for Scotland’s economy and with up to 24 billion barrels of oil left worth an estimated £1.5 trillion, it will continue to contribute to the wealth of Scotland for a long time to come.

“With up to 24 billion barrels remaining in the North Sea, it is clear that they will remain an important source of tax revenue and Scotland will have opportunities to invest in an oil fund, for decades to come.”

Although the Chancellor also mentioned the role of renewables in the UK’s energy mix, campaigners were not happy and said George Osborne needs to stop investing in fossil fuels.

David Powell, Friends of the Earth Economics Campaigner said: “Our gas-guzzling Chancellor is giving lavish hand-outs to rich oil and gas firms while communities face the prospect of fracking on their doorstep.

“The only way we’re going to avoid catastrophic climate change is by leaving most of the world’s oil and gas in the ground – instead of exploiting every last drop. George Osborne must put the long-term well-being of Britain first and end his dangerous fossil fuel crusade by developing the real economic goldmine of renewable power and energy efficiency.”