It’s been dubbed by its fans the ‘most liveable city in the world’ – and now Melbourne (pictured) has won a gong for green buildings too. The inaugural C40 and […] 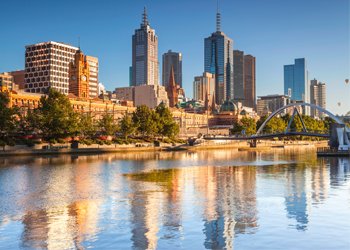 It’s been dubbed by its fans the ‘most liveable city in the world’ – and now Melbourne (pictured) has won a gong for green buildings too.

The inaugural C40 and Siemens City Climate Leadership Awards were staged in London this week to celebrate the cities heading the pack in urban sustainability.

Sadly for the host city, despite making it into the list of 29 finalists London failed to win any of the 10 awards.

Melbourne beat Berlin and New York to take the Energy Efficient Built Environment award for its Sustainable Building programme to retrofit buildings in order to improve water and energy efficiency.

The Lord Mayor of Melbourne said: “Melbourne, the most liveable city in the world, has now been recognised as having some of the smartest buildings in the world.”

He added: “Every piece of research tells me that a sustainable city with high quality of life will attract the best and brightest and that’s what drives innovation and economic growth.”

The ceremony was held at the Crystal tower in East London, the base for Siemens’ Sustainable Cities Initiative and designed to be one of the world’s greenest buildings.

The Green Energy gong went to Munich for its 100% Green Power by 2025 Plan. It’s aiming to generate 7.5 billion kWh of green energy each year by 2025 and become the first city on earth with more than a million inhabitants to run entirely on renewable power.

Once known as the most polluted city on the planet Mexico City took home the Air Quality award for its ‘ProAire’ programme to cut local air pollution and carbon emissions.

And Tokyo won the Finance and Economic Development award by taking 6.3 million tonnes of carbon dioxide out of the atmosphere with its Cap and Trade programme – the world’s first when it was launched in 2010.

There is still a chance for London as the Citizens Choice award is still up for grabs for those who didn’t win in their category. You can vote online for the Capital’s Clean Air Fund or its Climate Change Mitigation and Energy Strategy.

The awards come as a new report this week found green businesses are worth £25 billion to London’s economy.