Green campaigners have said a reliance on gas from hydraulic fracturing will not help the UK tackle climate change. That was in response to a speech by Energy Secretary Ed […] 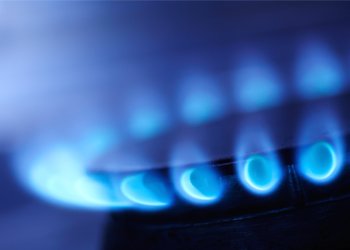 Green campaigners have said a reliance on gas from hydraulic fracturing will not help the UK tackle climate change.

That was in response to a speech by Energy Secretary Ed Davey following today’s release of a DECC report into the potential emissions of shale gas obtained through fracking. The Energy Secretary said gas is a “bridge in our transition to a green future”.

Nick Molho, Head of Climate and Energy Policy at WWF-UK said: “It’s at odds with some of his colleagues, including the Prime Minister and Chancellor, who seem to be gung-ho for another dash for gas.”

He added: “An overreliance on gas will lock us into a high-carbon future. Simply put, at the moment, the maths don’t stack up – and it’s difficult to see how exploiting ever more fossil fuels is compatible with tackling climate change or boosting the UK’s promising low-carbon economy.”

Greenpeace also chimed in and Leila Deen, a spokeswoman for the organisation, had harsher words for the Energy Secretary.

She said: “Today Mr Davey is endorsing the use of a fuel that remains highly polluting, damages our countryside and scientists say must be largely left underground. The solution to our energy problems is still a roll-out of high-tech low carbon renewables which would be incentivised by supporting the clean energy target in the Energy Bill but Davey is currently blocking it.”

The conclusions of the DECC report, however, got a warm reception from the UK Onshore Operators Group, a trade body for the onshore oil and gas sector.

Chief Executive Ken Cronin said: “This report supports the industry’s assertion that environmental impact of shale gas will be significantly less than that of coal and imported gas. It makes sense from an environmental and economic standpoint to continue to reduce emissions to as low as reasonably possible.”