Energy and fuel prices the biggest worries for consumers

Energy and fuel prices are the biggest worries for a growing number of consumers concerned about rises in the cost of living. That’s according to a monthly survey of more […] 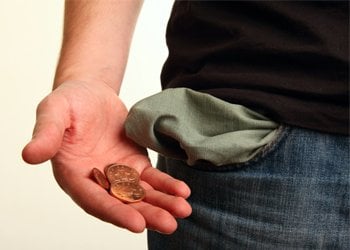 Energy and fuel prices are the biggest worries for a growing number of consumers concerned about rises in the cost of living.

That’s according to a monthly survey of more than 2,000 people by the ‘Which? Consumer Insight Tracker’. It found a whopping 79% were worried about the growing cost of energy and fuel, with both beating food prices (73%) on the list of top concerns.

The poll also showed a change in spending habits. Last year people were most likely to spend their savings on a holiday but this year household bills and food were the most popular destinations for any spare cash.

A deep mistrust of the energy sector was another of the survey’s findings, with energy suppliers held in even lower regard than banks. One third of respondents (32%) trusted the banking sector to work in their best interests, while just a quarter (23%) said the same for the gas and electricity industry.

A separate survey of 157 MPs by Which? found 44% distrusted energy companies to act in the interest of customers.

Richard Lloyd, Executive Director of Which? said: “Politicians of all parties say they recognise the crisis of trust in essential services like banking and energy. They should now set out how they will redouble their efforts to reform failing markets so that prices are kept in check and unacceptable practices are stamped out. Giving more power back to consumers is good for business and for growth in the economy.”