The Government has launched a new consultation on how communities across the country will be consulted on hosting nuclear radioactive waste sites. Under the new approach, communities would be provided […] 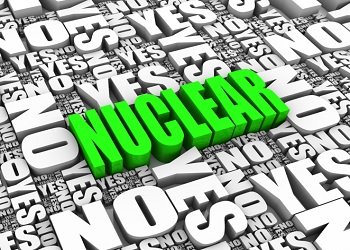 The Government has launched a new consultation on how communities across the country will be consulted on hosting nuclear radioactive waste sites.

Under the new approach, communities would be provided with more information at an earlier stage in the process, a positive community-wide support would be required before a community could host a Geological Disposal Facility (GDF) and they would have the right to withdraw from the process at any time.

The multi-billion pound GDF would be used to dispose of radioactive waste safely underground, which is expected to provide a permanent solution for storing waste from existing and new nuclear power stations.

The Government said it would provide a community benefits package, potentially through a community fund and claims the project could provide thousands of jobs over its lifetime.

The announcement follows a call for evidence earlier this year on the site selection process to find a host community for nuclear radioactive waste disposal.

Baroness Verma, Parliamentary Under Secretary for Energy and Climate Change said: “Geological disposal is the right approach for the long-term, safe and secure management of the UK’s higher activity radioactive waste.

“Hosting a site would bring lasting economic benefits with jobs, opportunities for businesses and a generous benefits package to support the community. We want to make sure those benefits are well understood and supported by all those in the area surrounding any host community.”

DECC will consult on the new approach starting today until December 5th and will then re-launch the national site selection process next year. Although the process to find a site would vary to the specific needs of the communities, it could potentially take around 15 years, with construction taking another 15 years.

Responding to the announcement, Emma Gibson from Greenpeace said: “Cumbria, the only area that had been willing to consider hosting a nuclear waste dump, pulled out of the process in January, leaving the Government with no-where else to go.

“The launch of this consultation shows the Government still has no plan to deal with nuclear waste, which is a pre-requisite for building any new nuclear power stations.”