Ofwat is to challenge Thames Water’s request for an 8% increase in the annual average household bill next year. The water regulator is assessing the company’s application to work out […] 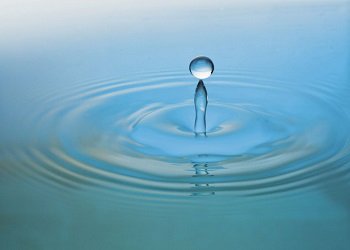 Ofwat is to challenge Thames Water’s request for an 8% increase in the annual average household bill next year.

The water regulator is assessing the company’s application to work out whether the price rises, which would add £29 to customers’ bills currently at around £354, are justified.

Some of the increase could affect customers of other firms who bill for wastewater services on behalf of Thames Water.

In 2009, Ofwat set limits on prices Thames Water could charge its customers for the period 2010-2015. However, last month the water company asked the regulator to increase the limits on its prices in the last 12 months of the current period, which runs from April 2014. It claimed the firm experienced changes to certain specific costs of which Ofwat did not take into account when the price limits were set.

Ofwat is examining the evidence of increased costs and has considered what counter-claims it should investigate on behalf of customers. Counter-claims could reduce the level of any bill rises by deducting gains made by Thames Water over the current regulatory period.

The regulator can make counter-claims where the company has not delivered outputs for which customers have been paying, which includes “underspend on sewer flooding, not adequately maintaining parts of its wastewater network and a significant slippage in part of Thames’ investment programme for sewage treatment”.

Sonia Brown, Ofwat’s Chief Regulation Officer said: “We have been clear that we would challenge Thames’ proposed bill increase. So we are looking to see if there are areas where we can claim money back for customers.”

The water regulator will publish its draft decision on the application for a rise in mid-October. There will be a consultation period followed by a final decision in early November.

Earlier this year Thames Water also said the average bill for its customers could rise by nearly £100 a year by 2020.

If you have any questions for the water giant, why not come to Energy Live 2013 where Commercial Director Piers Clark will be there to answer them all.