A moth-like attraction to flames may have been the undoing of a flock of songbirds after an estimated 7,500 of them were killed by a flare tower at a Canadian […] 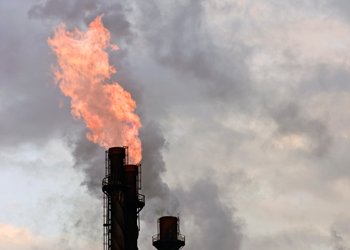 A moth-like attraction to flames may have been the undoing of a flock of songbirds after an estimated 7,500 of them were killed by a flare tower at a Canadian gas plant.

Fraser Forsythe, an official from Canaport LNG confirmed the migrating birds were killed at its plant in Saint John between Friday night and Saturday morning last week, according to reports.

It’s not clear why exactly the birds were drawn to the flame but it’s thought they may have been using the light to navigate in the dark, particularly as it was a foggy night. While most were killed directly by the fire, hundreds more were injured and had to be down later.

Don McAlpine, Head of Zoology at the New Brunswick Museum said:  “There were too many birds to count. There’s certainly more than 5,000 and probably less than 10,000 birds affected.”

Speaking to the Canadian Broadcasting Corporation he added: “They would circle in around that and of course with a large flame like that and high temperatures, they wouldn’t need to get terribly close to become singed or burned.”

The dead birds are thought to include several endangered species.

Mr Forsythe said it was the first such incident at the plant and added: “We’ve got people that are pretty well reduced to tears here. It has really struck home to our employees here and they’ve expressed a lot of remorse to me that this would happen. It’s a very unexpected event.”