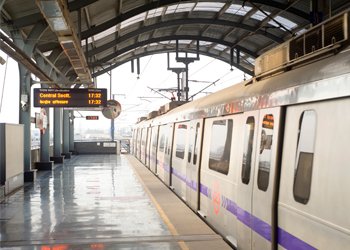 Solar is to help power Delhi’s Metro after the Delhi Metro Rail Corporation (DMRC) signed an agreement with the Solar Energy Corporation of India (SECI) to install panels on railway premises.

The scheme will begin with a 500kW photovoltaic (PV) pilot project on the rooftop of one of the Delhi Metro stations. To carry out the programme the DMRC and SECI will form a Joint Development Team with senior officials from both parties.

In a statement the DMRC said the agreement would help it “partially fulfill its energy requirements as well as reduce carbon footprints.”

The Delhi Metro became the first railway network in the world to earn carbon credits under the UN’s Clean Development Mechanism in 2011.

Earlier this month the Indian Government announced the creation of a new solar research facility.