Climate change, farming and poverty are a "collective crisis"

The problems surrounding climate change, food production and poverty are ‘inter-related’ and need be treated as a collective crisis. That’s according to a new report released by the United Nations […] 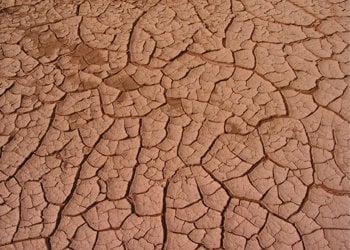 The problems surrounding climate change, food production and poverty are ‘inter-related’ and need be treated as a collective crisis.

That’s according to a new report released by the United Nations Conference on Trade and Development (UNCTAD), in which its Secretariat Ulrich Hoffman says agriculture is both a driver and victim of climate change.

He quotes Intergovernmental Panel on Climate Change (IPCC) figures, which show emissions of methane and nitrous oxide – which make up 90% of agricultural greenhouse gases – rose by 17% between 1990 and 2005. These emissions are predicted to rise by 35-60% as populations grow and developing countries change their diets to include more meat and dairy.

On the other side of the equation he says higher temperatures, scarcer water, extreme weather and rising sea levels are just a few of the problems which will hinder food production in the future.

More than 60 international experts contributed to the study, which calls for a move towards “mosaic” farming – using greater varieties of crops in place of “conventional… “industrial” scale production of single crops. It adds current farming methods are over reliant on external inputs such as fertiliser.

Carlos Perez del Castilo, Chairman of the Consortium Board for the Global Research Partnership for a Food Secure Future said:  “Slowing agricultural productivity growth in the future, high population growth in the most resource-constrained and climate-change exposed regions and a burgeoning environmental crisis in agriculture are the seeds for mounting pressures on food security and the related access to land and water.”

Earlier this month another UN report highlighted food waste as a huge source of climate change emissions and in March a report from Friends of the Earth called on the UK to cuts its ‘excess’ land use to prevent damage to the environment.