Labour’s Ed Balls described the Government’s energy policy as “in chaos” today in a speech at his party’s conference in Brighton. The Shadow Chancellor picked up on the Green Investment […] 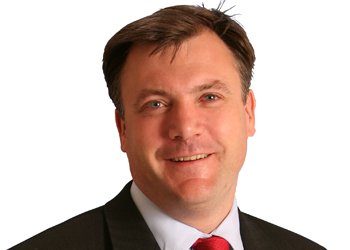 Labour’s Ed Balls described the Government’s energy policy as “in chaos” today in a speech at his party’s conference in Brighton.

The Shadow Chancellor picked up on the Green Investment Bank which some have criticised as slow to lend as an example of how Labour could do better than the Government to get things going.

Striking out against “energy policy in chaos”, he suggested it was part of the Coalition’s “narrow and defeatist vision” which is “doomed to fail”.

He cited the “chaos” as one of the reasons why “so many companies look at this Government’s record on industrial policy with increasing dismay.”

The Labour heavyweight told the conference: “Energy policy in chaos. Borrowing powers for the Green Investment Bank postponed. And on infrastructure, dither, delay and inaction. Conference, we cannot succeed as a country with this ‘race to the bottom’, deregulation, laissez-faire and old-style ‘trickle-down economics’.”

Mr Balls tried to style Labour as a party able to grease the wheels of British business and infrastructure while being green at the same time, promised green investment would be “unlocked”.

He said: “We will legislate for a decarbonisation target for 2030 and unlock billions of pounds in new investment in renewables, nuclear and clean gas and coal technology. And we will give the Green Investment Bank the borrowing powers it needs to do its job. Conference, that is what the next Labour government will do.”