Power provider First Utility is challenging the energy industry to move to a one-day switching process to help consumers get a better deal. The independent energy firm claims improving the […] 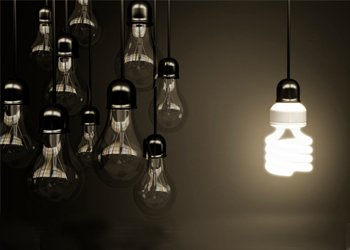 Power provider First Utility is challenging the energy industry to move to a one-day switching process to help consumers get a better deal.

The independent energy firm claims improving the switching process could save the UK £1.5 billion every year as more consumers move to cheaper tariffs. It has launched a nationwide ‘Fix the Switch’ campaign which aims to dramatically cut the time it takes to switch energy suppliers from five weeks to just one day.

The energy firm claims “only several hours are spent actioning a switch” and the rest of the five-week existing switching time is “spent waiting for antiquated industry processes to run their course”. Its research also found a third of householders would switch suppliers if the process was quicker.

First Utility is calling on the Government, Ofgem and the industry to make a commitment to simplifying the process to make it faster, more accurate and more efficient for consumers to switch suppliers. It is encouraging consumers and MPs to sign an online petition in support of one-day switching to force industry to make the change.

Ian McCaig, CEO of First Utility said: “If we get 100,000 people to sign our petition, this will get debated in parliament and the industry will have to take note. A quick and easy energy switching process would deliver genuine cost-saving benefits by encouraging more people to benefit from better energy deals.

“The Energy industry needs to follow the example set by the telecoms and banking sectors. It takes just four hours to switch mobile phone providers and you can change banks in a week. It is less complicated to change energy provider yet we are stuck with antiquated processes that suit no-one other than the incumbents. We need to slash the time it takes to change energy suppliers, not just by shaving a few days off the process, but by making a real difference and introducing same day switching.”

Energy regulator Ofgem said it is determined to speed up the switching process and is working closely with suppliers.

Chief Executive Andrew Wright added: “We welcome the fact that First Utility share our goal and we want other suppliers to show the same ambition. Improvements have already been made to cut the time it takes to switch supplier to three weeks after any cooling off period but ultimately the roll out of smart meters to homes and businesses will pave the way for a quicker switching process to be developed.”