London firms could save £200m if just 10% used electric vans

London businesses could save almost £200 million if just 10% switched to using electric vans according to figures released by the Energy Saving Trust. The body’s analysis of business fleets […] 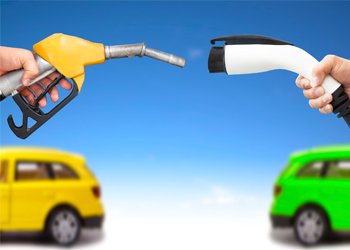 London businesses could save almost £200 million if just 10% switched to using electric vans according to figures released by the Energy Saving Trust.

The body’s analysis of business fleets found individual businesses could save 75% on fuel costs by using the plug rather than the pump. It said tax breaks through the 100% capital allowance, the plug-in vehicle grant and avoiding the Congestion Charge in Central London would all add to savings. It added not paying the Congestion Charge alone can cuts costs by around £2,200 per van.

Last year the Energy Saving Trust ran the Plugged-in Fleets Initiative (PIFI) with funding from Transport for London and the Department for Transport, during which 20 companies in England were given free guidance and a strategic plan to bring in electric vehicles into their fleets.

Fresh fruit delivery company Fruit 4 London identified £9000 of savings per vehicle after taking part in the PIFI. The Energy Saving Trust claimed if just one in ten London business cuts costs by the same amount they could save £200 million.

Laszlo Mulato, Director of Fruit 4 London said: “We now know that we can go 100% electric. The review showed us that going electric is the best business decision when expanding our fleet based on the impressive cost savings.”

The Energy Saving Trust has been awarded more cash by the Office for Low Emission Vehicles to follow up their first scheme with the PIFI 100, which extends it to another 100 companies in England. The trust says around half of the places have already been allocated.

Caroline Watson, Knowledge Manager at the Energy Saving Trust said: “Through the Plugged-in Fleets Initiative we have already demonstrated big savings through conservative estimates of just 10% of vans registered in London. These could be even greater if more businesses begin to recognise the benefits of going electric.”

Earlier in September Barcelona announced it would make its taxi fleet all electric using an adapted van which will also be used for deliveries.