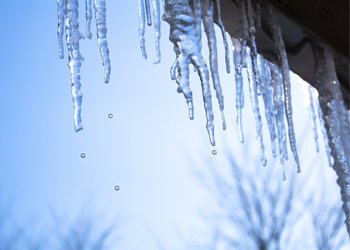 Energy Minister Greg Barker has laid into proposals for an energy price “freeze” put forward by Labour’s Ed Miliband yesterday by claiming it would mean a “nuclear winter” for investment in Britain.

Speaking at the Labour Party’s annual conference in Brighton the Labour leader pledged to freeze energy prices until 2017 while his Labour colleague, Shadow Energy Secretary Caroline Flint announced a tandem plan to break up the Big Six power companies.

Robert Halfon, another Tory MP also hit twitter to attack the opposition: “When Labour were in power gas prices increased by 139% whilst energy prices as a whole doubled.”

The Confederation of British Industry (CBI) added to the criticism: “Rising energy bills are tough on families and businesses. But the proposed energy price freeze will deter much-needed investment and is at odds with Labour’s pledge to decarbonise the economy and create a million green jobs.”

The group which represents businesses added: “The main reasons that bills are going up is the combination of rising wholesale prices, the cost of policies needed to keep the lights on and the move to a low-carbon economy.”

However consumer group Which? rallied to defend the plans: “Ed Miliband’s promise to fix the broken energy market and freeze prices will give hope to the millions worrying about how they can afford to heat their homes.  We now look forward to seeing the detail of how this will work.

“Wholesale costs are the biggest part of the eye watering rises to energy bills that people have faced over the last ten years. Making the wholesale market competitive by separating energy generation from supply is essential to help keep prices in check.”

Analysts at EY said it would be difficult to judge the impact of Labour’s plans until more details were released – and posed the question of whether they would bring “stability” for investors.

Tony Ward, Head of Power & Utilities at EY said: “Just as investor confidence was being re-gained as the Electricity Market Reform (EMR) process moves towards its conclusion, these significant proposed changes may create a whole new level of uncertainty…. Only as that detail is revealed can an informed debate commence.”