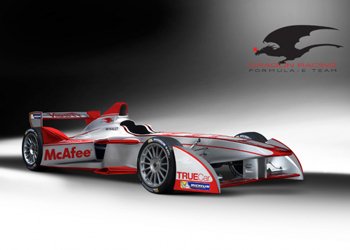 After signing an agreement with Formula E holdings, the LA based team joins Andretti Autosport, Drayson Racing and China Racing on the 10 team roster that will go to the FIA for final approval by its World Motor Sport Council.

Jay Penske, Owner and President of Dragon Racing said: “It’s an honour for Dragon Racing to have been selected as one of the founding teams in Formula E.

“Formula E symbolises a vision for the future of motorsports and the automotive industry while directly appealing to a new generation of global race fans.”

The Formula E car which will be used by all ten teams was unveiled in Germany earlier this month.