Britain’s politicians should stop using energy like a ‘political football’, a business energy supplier has told ELN. Energy made the headlines yet again this week when Labour leader Ed Miliband […] 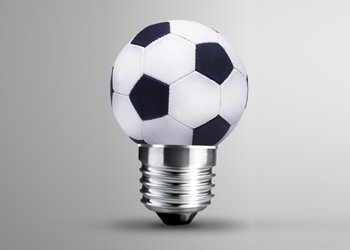 Energy made the headlines yet again this week when Labour leader Ed Miliband said he would break up the Big Six, force energy suppliers to use a pool to sell energy, freeze prices and scrap the regulator Ofgem.

Colin Prestwich, Head of Regulation for SmartestEnergy which buys 1.5GW of renewable energy from generators around the UK said: “We see the role of a regulator in economic terms and that’s not how Labour portrayed it.”

A Labour spokesperson has told ELN their new regulator’s “primary function” would be to “look after consumers”.

But Mr Prestwich believes there is “danger” when a regulator is too controlled by a government or political party: “We think it shouldn’t be involved in politics.”

As for Labour’s plans to “break up” the nation’s six largest energy companies known as the Big Six, the supplier which is itself a fairly new contender in the energy market said this isn’t necessary.

Instead competition in the sector could be boosted by making them buy more energy from other generators, he said, or by putting “Chinese walls” between retail and generation departments.

However the firm says making them put all their energy into one pool would be a mistake. Mr Prestwich said: “The benefit of the market as it is now is that you can buy bilaterally.”

At the moment you can buy energy from the large suppliers directly, from other counterparties such as smaller power generators or through brokers.

The supplier believes a return to a pool system – such as the one used in the UK in the early 1990s – would actually “restrict” this.

Independent generators from community schemes to slightly larger ones such as those SmartestEnergy buys from could also be “constrained” if they had to put all their power into one pool.

Mr Prestwich said: “We don’t agree with a pool. It implies you can only put into one pool and out of one place. In our opinion, a pool isn’t the best thing.”