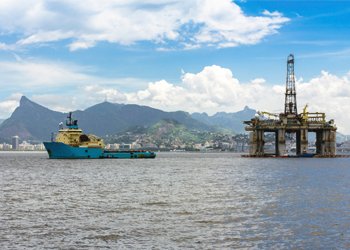 Brazil’s National Petroleum Agency (ANP) has announced that 11 oil companies have registered for the auction of the Libra oil field – one of the world’s largest offshore oil discoveries – although some of the world’s biggest firms have backed out according to reports.

The list of companies which stumped up the 2 million Brazilian reais (£550,000) registration fee is not yet available, although Royal Dutch Shell confirmed it was one of the 11. ExxonMobil, BP and the BG Group are among those not taking part, possibly due to fears of high costs and potential losses despite the scale of the discovery.

The Libra field deep off Brazil’s south east coast is thought to contain 8-12 billion barrels of recoverable crude. However, with the oil buried more than 5,000 metres below the seabed under sand, rocks and a thick layer of salt, the ANP estimates it could take as much as 400 billion reais (£110 billion) to develop the field over the 35-year contract.

The field will be the first to be auctioned off under the Brazilian government’s new rules which place development and profits under greater state control. The contract will go to the firm offering the government the highest amount of ‘profit oil’ – oil extracted after development costs. The winner will also have to hand over a 15 billion reais signing fee and partner with the state-run oil company Petrobras, which will operate the field and take a 30% share.