Is your company secretary on top of mandatory carbon reporting?

It’s a new rule which businesses working in the UK should ignore at their peril – and it kicks in today. From 1 October 2013, all UK incorporated companies legally […] 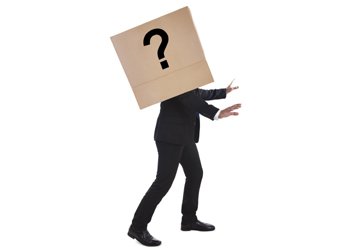 It’s a new rule which businesses working in the UK should ignore at their peril – and it kicks in today.

From 1 October 2013, all UK incorporated companies legally have to include a report on their greenhouse gas emissions in their annual directors’ report.

That means all UK companies listed on the main market of the London Stock Exchange, a European Economic Area market or whose shares are dealing on the New York Stock Exchange or NASDAQ.

But experts say some businesses aren’t prepared for the extra work it entails – and that the best person to deal with it in a company might not even be aware of it.

Mark Chadwick, chief executive of greenhouse gas reporting company Carbon Clear told ELN: “I think some are [prepared], many are not. The challenge with this for government is that this is a piece of work for the company secretary and all of the previous pieces of legislation related to this area have been targeted at sustainability or energy managers.”

“My worry is that company secretaries don’t really have a great deal of familiarity with carbon and energy so when this comes across their desk, they may or may not react to it immediately or even how to react to it,” he said.

There could be penalties for getting the reporting wrong, he added: “It’s not hard and fast like CRC (Carbon Reduction Commitment) where you would get a £40 fine per tonne of carbon you get wrong, it’s more about your annual report not being up to standard.”

This could lead a firm to be sanctioned by their auditor and give shareholders a bad impression, explained Mr Chadwick.

The Government defended its promotion of new rules. A Defra spokesperson said: “We have communicated the new reporting requirements extensively and it is the responsibility of businesses to stay abreast of any changes.”

A second carbon reporting rule kicks in today in France, called the “Grenelle II” law, which requires firms to disclose the carbon they use for transport services transporting to, from, and through France. It includes local authorities and businesses which organise transport for school trips or home removals.