The surprise price freeze pledge has been bashed by energy suppliers, commentators and – predictably – the Tory Chancellor George Osborne. But Labour’s promise to keep energy bills static between […] 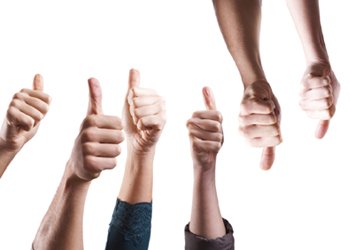 The surprise price freeze pledge has been bashed by energy suppliers, commentators and – predictably – the Tory Chancellor George Osborne.

But Labour’s promise to keep energy bills static between May 2015 and January 2017 should they win the general election has struck a chord with the public, suggests a new poll by YouGov for the Sunday Times.

Two thirds of people asked (63%) had total support for a price freeze compared with a fifth (22%) who opposed the move.

The poll conducted after Mr Miliband’s speech at his party’s conference last week also puts Labour at its highest approval level – 42% – since June. A few days before, that figure was 37%.

It also gives Ed Miliband his best rating since May, according to YouGov, with nearly a third of voters (30%) now saying he is doing well as party leader, rising from just 22% before the conference.

The time for Labour crowing isn’t here yet though as two-thirds still think he’s doing a bad job.

People also seem sceptical of scaremongering from energy companies such as Centrica which said suppliers would be unable to operate if a freeze came into effect. By two to one voters did not believe it would lead to power cuts of lack of investment in future power supplies.