Labour’s promise to put a price freeze on energy bills will lead to 40 months of investor uncertainty the country can ill afford, EY’s Head of Power & Utilities  Tony […] 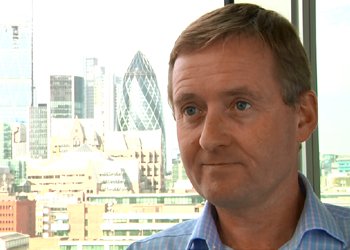 Labour’s promise to put a price freeze on energy bills will lead to 40 months of investor uncertainty the country can ill afford, EY’s Head of Power & Utilities  Tony Ward has told ELN.

Ed Miliband made the out of the blue pledge at his party’s conference last Monday and there have been shockwaves running through the industry ever since.

In an exclusive interview with ELN, Mr Ward said: “We’re coming to the end of a long road in terms of electricity market reform and industry investors were ready to begin investing against that framework… What we now have is 20 months of uncertainty leading up to the next election which we don’t know what the outcome will be, with a good chance of at least another 20 months’ uncertainty after that.”

The strong “momentum” built up by the energy sector over the last few years could be at risk, he suggested: “Over the last two, three years we’ve seen the highest levels of investment in building our energy infrastructure for more than a generation. Last year we saw something in the order of £11.5 billion of investment in pipes, wires, power stations and so on.

“The key issue is that that’s really the consequence of what’s gone before. It’s a slow sector to move. We’re seeing the benefits of a relatively stable policy environment from before, what we have now is perhaps that uncertainty of what the level of investment will be going forward.”

In the short term investment is “less likely” because there’s an environment of “even less certainty” than we had before, said Mr Ward.

With Labour styling the debate around energy as one of affordability, it seems the battle lines are being drawn up between the political parties, he added: “We’re beginning to see now a little bit more polarity in the debate.”

The party has said it wants to force energy companies to split up the power generating and selling departments of their business to boost competition – and so bring down prices. Mr Ward suggested the law of economies of scale could mean this has the “opposite” effect.

He said: “The paradigm is that actually to be truly cost-competitive in the retail part of the market, you need to have systems of a certain scale, you need national breadth and those all come at significant cost. Actually the market in the UK is not sufficiently large really to sustain several businesses with that degree of reach. Perversely what we might actually see if we go down that route is greater consolidation”.

For more insight on UK energy policy, come and see Tony Ward speak at Energy Live 2013 in November at the London Film Museum.