One of the energy sector’s highest ranking women is joining the debate at Energy Live 2013 next month. Following a popular appearance at the first Energy Live conference last year […] 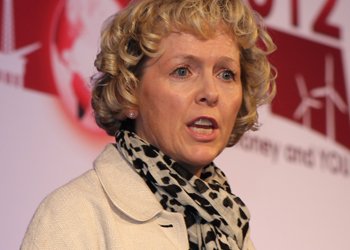 One of the energy sector’s highest ranking women is joining the debate at Energy Live 2013 next month.

Following a popular appearance at the first Energy Live conference last year where she talked about the need for suppliers to gain trust from energy users, E.ON’s Sara Vaughan will be back to take centre stage this November.

Sara first joined E.ON UK (formerly Powergen) as a competition and regulatory lawyer from Slaughter and May in 1997, going on to become the Director of Regulation before picking up the brief for energy policy in 2007.

She is currently the Director of Strategy and Regulation and sits on the UK board, with a direct role in developing strategy as well as ensuring the power supplier complies with energy regulations and legislation.

While suppliers have had their fair share of being in consumers’ and energy regulator Ofgem’s bad books in the past, the Big Six are hoping to turn this around.

E.ON has tried to win the battle for hearts and minds by ending auto-rollover contracts, proposing a flat rate standing charge for small businesses and more recently launching a new facility for customers to compare their energy bills with other homes.

To find out what the Big Six have in store for consumers and get the chance to ask Sara your questions, come along to the Energy Live 2013 conference on November 7th at the London Film Museum in Covent Garden.