Manufacturers appear to be pinning their hopes on activating a “caveat” in legally binding rules for cutting carbon which would lessen the burden on British businesses. Trade body EEF has […] 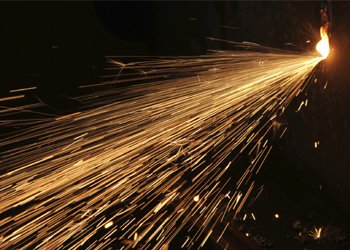 Manufacturers appear to be pinning their hopes on activating a “caveat” in legally binding rules for cutting carbon which would lessen the burden on British businesses.

Trade body EEF has flagged up the notion of a caveat just as the Committee on Climate Change (CCC) told Energy Secretary Ed Davey the UK’s fourth carbon budget should not – and cannot – be watered down.

In an open letter to Mr Davey last week, Lord Deben who is Chairman of the CCC wrote there is “no legal or economic justification to change the budget”.

The five-yearly budgets place limits on the UK’s greenhouse gas emissions. They are designed to ensure the UK meets legally binding targets in the Climate Change Act to cut emissions 80% by 2050.

The fourth carbon budget – which will run from 2023 to 2027 – was agreed in 2011 on the basis it would be reviewed in early 2014 to make sure Britain’s targets are aligned with the rest of the EU. Some industrial energy users have suggested it could drive them out of the UK.

Defending the current targets, Lord Deben wrote: “The budget remains cost-effective, with manageable costs and impacts, given our assessment of EU developments.”

According to the CCC Chairman, the budget’s assumptions on 2020 emissions are consistent with the EU’s current target to reduce emissions 20% by 2020 and he even goes on to suggest “tightening” the budget “might be justified”.

However the EEF has suggested there could be a legal way to change the carbon target.

Gareth Stace, Head of Climate & Environment Policy at the EEF said: “The CCC seem to have overlooked that the [budget], accepted by the Government and Parliament, came with a caveat that if our domestic commitments place us on a different emissions trajectory than the rest of the EU then we will align our own commitments.”

He said things have changed and so the budget should change too: “The rest of the EU has not followed our lead and we are still waiting on agreement of the EU 2030 climate package, which is uncertain and delayed.

“We would therefore question how the CCC can make an informed judgement now that the [budget] will be in line with our EU and global competitors, when significant [uncertainties] remain,” added the manufacturing body’s expert.

Earlier in June the CCC said the government faced an uphill struggle to meet its emissions targets. It is publishing more advice and analysis on the fourth carbon budget in November and December later this year.