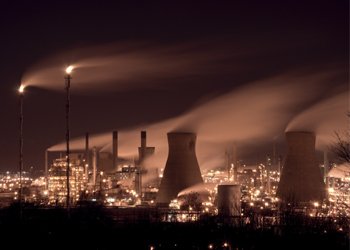 From midnight on Monday workers at Grangemouth (pictured) began their protest which falls short of a strike – including a ban on overtime – after 81% of Unite members who voted were in favour of it in at the end of September.

It has prompted fears of similar scenes to 2008 when a full strike at the Grangemouth site lasting 48 hours led to stretching queues at Scottish petrol stations and pushed up gas oil future prices.

A spokesperson for the union told ELN the move is “designed to slow down operations”.

They added the action will be “continuous” but would not say when they expected to step up to a full strike, only that the situation is being assessed on a day to day basis.

Petrochemicals firm Ineos is quoted as saying the action could “hurt the site and could lead to closures and job losses.”

The issue revolves around Ineos’ investigation into one of its employees, Stephen ‘Stevie’ Deans, which the union describes as “unfair treatment”.

The company said it is investigating whether Mr Deans’ activity as chairman of the Falkirk Constituency Labour Party are in line with his role as an employee and a convener, the BBC reported.